Where do Kansas City Chiefs stand ahead of Week 3?

The Kansas City Chiefs recorded a 27-24 win over the Los Angeles Chargers in an AFC West battle on “Thursday Night Football” this past week. As a result, they’re one of just six teams in the league who remain undefeated.

The Chiefs’ ability to play complementary football against one of their toughest rivals was on full display in Week 2 and it has earned them plenty of goodwill in the power rankings. That said, any upward movement to the No. 1 spot seems out of reach until Week 6 when they face the Buffalo Bills.

Here is a look at where pundits are ranking the Chiefs and what they’re saying about them with Week 2 in the books:

Does Andy Reid really get adequate appreciation? Last week, he joined George Halas, Don Shula and Bill Belichick as the only coaches with career win-loss records 100 games over .500. Reid now sits at 235-135-1. 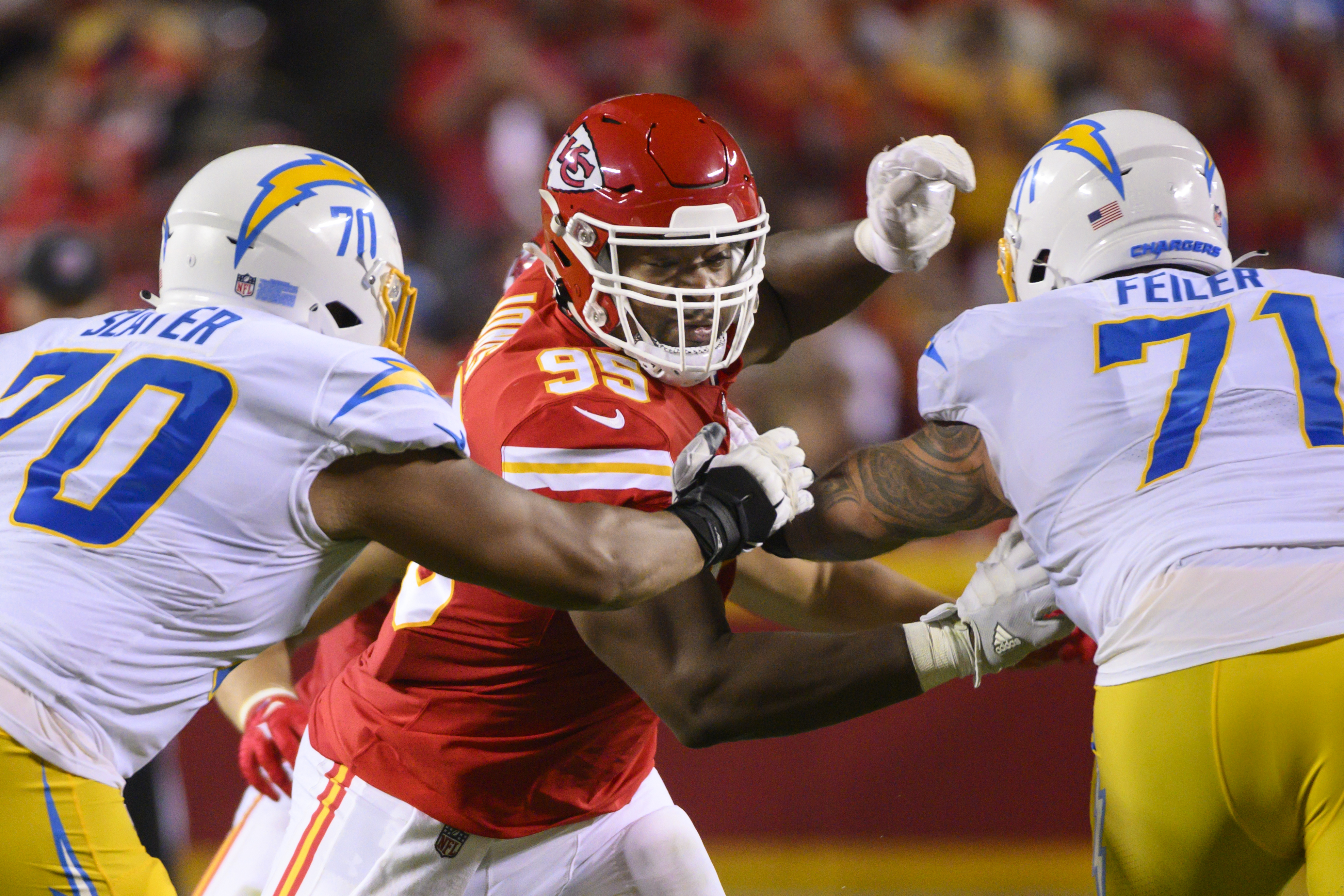 Kansas City demonstrated they are still one of the premier teams in the AFC and aren’t ready to be dethroned. Patrick Mahomes seemingly was outplayed by Justin Herbert, but the defense came up strong for the Chiefs to keep their undefeated streak alive. 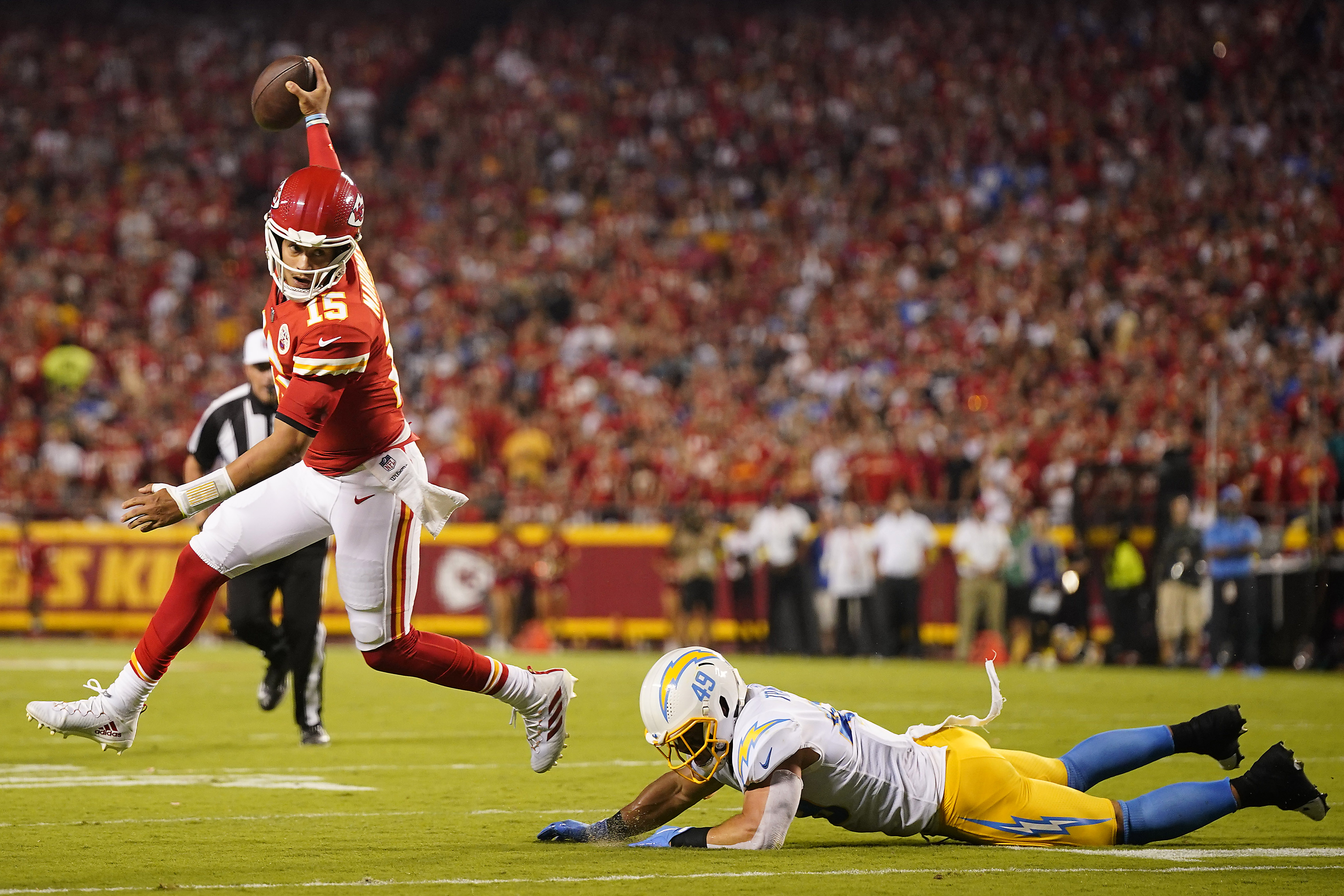 Patrick Mahomes has been pretty spectacular this season: He’s leading the league in passer rating (127.9, well above his career rating of 106.5), is tied for the league lead in touchdown passes (seven) and he’s second in the league behind Josh Allen in EPA per dropback, according to TruMedia. But he’s also been quite lucky. On Thursday, Chargers cornerback Asante Samuel Jr. dropped two interceptions (one of which was initially ruled a pick but controversially overturned upon review) and two other potential Mahomes interceptions were negated by defensive penalties. 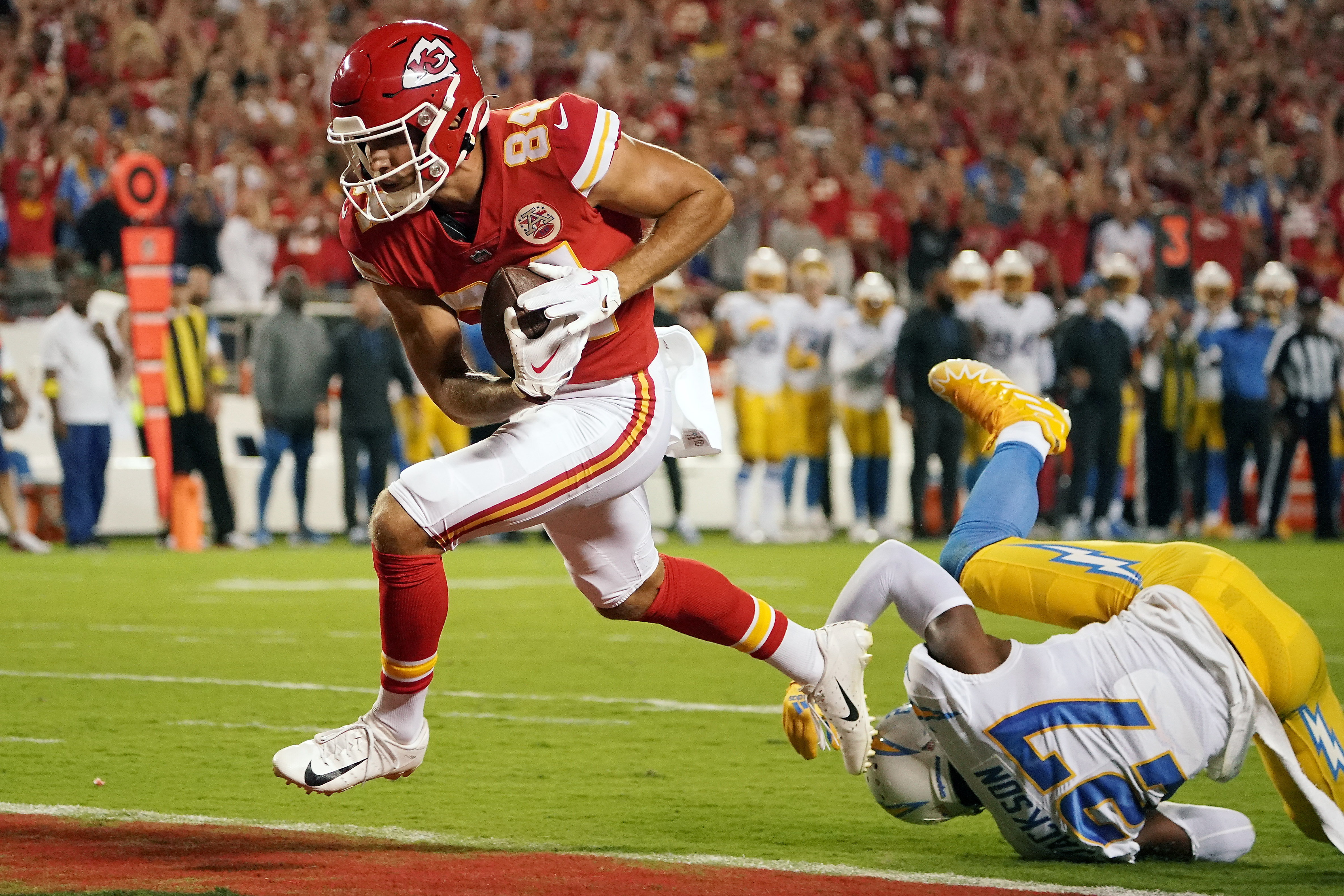 As a courtesy to the editor charged with fact-checking these power rankings, let’s not declaratively say that the Chiefs’ Thursday night win was the first game in NFL history in which two separate J. Watsons scored touchdowns, but it definitely felt like that. 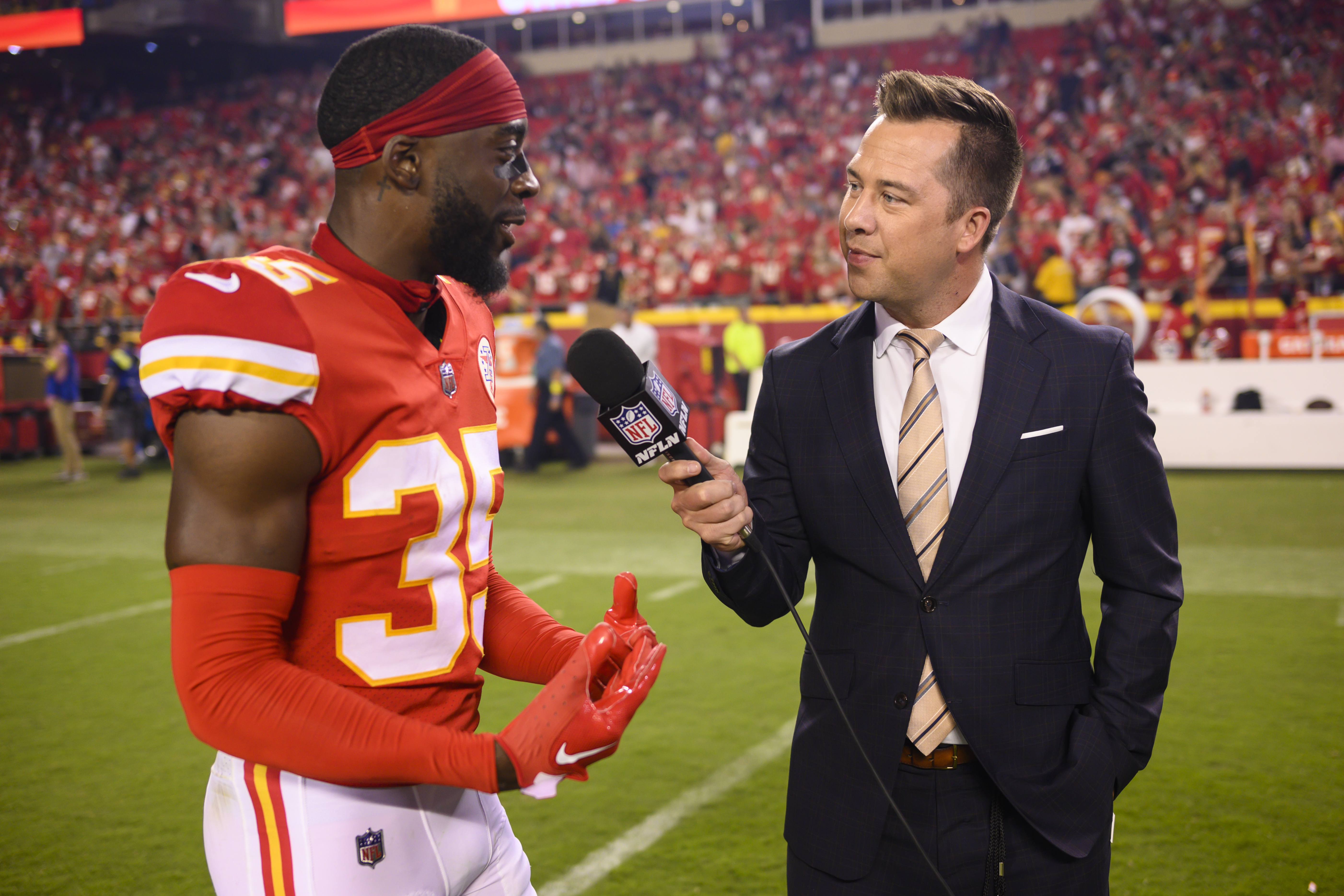 It wasn’t always pretty, but the Chiefs took care of business against a rival who came uncomfortably close to sending shockwaves through the AFC West. The hero of the 27-24 win over the Chargers? Jaylen Watson, of course. The seventh-round pick stepped in front of a pass from Justin Herbert for the game-turning pick-six in the fourth quarter. This game was about getting key contributions in unlikely places: In addition to Watson’s INT, the Chiefs received scores from wide receiver Justin Watson and reserve running back Jerick McKinnon. After a summer of hype for the entire division, the Chiefs remain positioned as the clear kings of the West heading into Week 3. 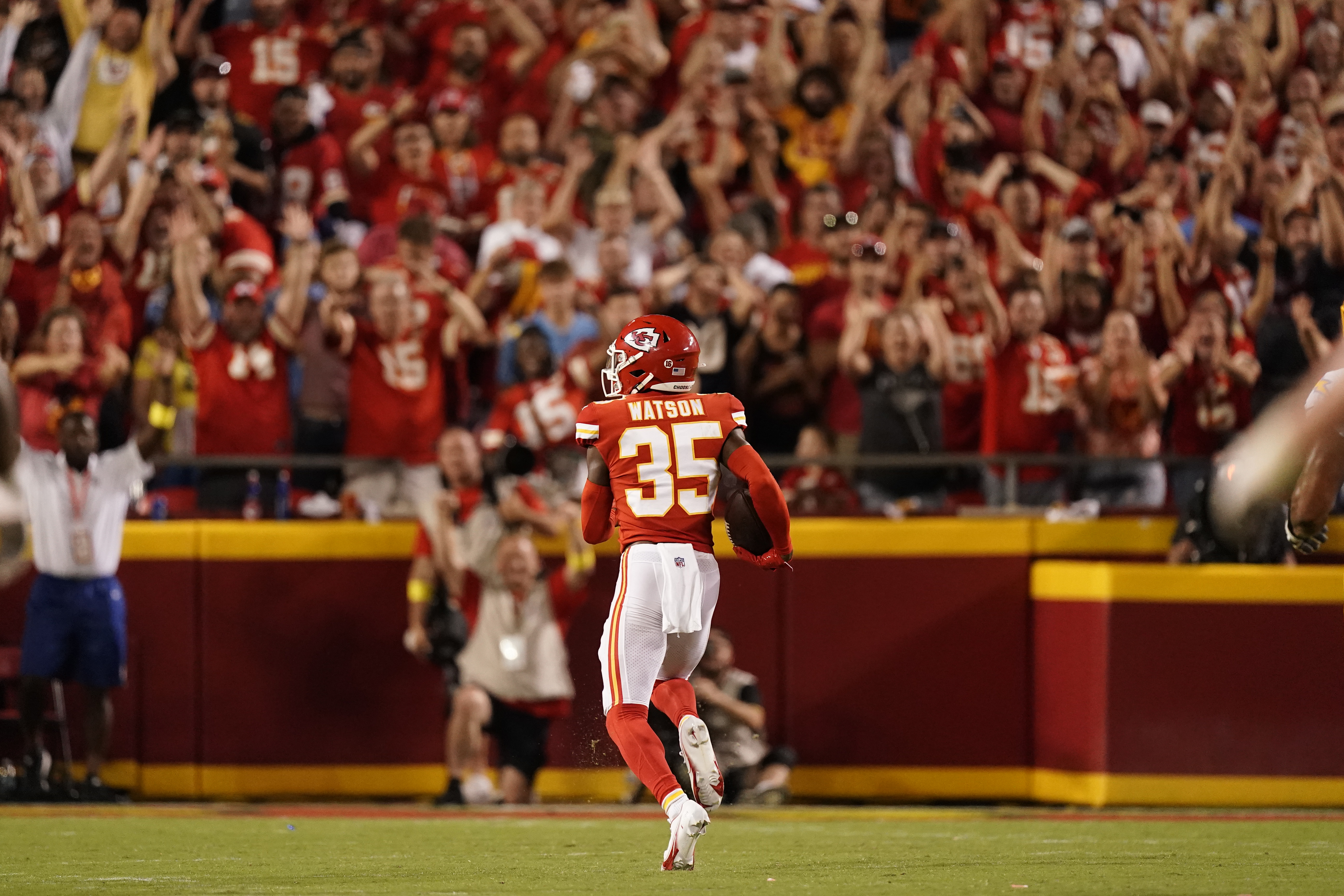 Heading into the 2022 season, there was quite a bit of handwringing where the Kansas City Chiefs were concerned. There was no more Tyreek Hill on offense. No more Tyrann Mathieu on defense.

Patrick Mahomes’ response to that? No problem.

One week after spanking the Cardinals in Arizona, the Chiefs rode an efficient effort from Mahomes and a big play on defense from rookie cornerback Jaylen Watson to a three-point win that gives Kansas City the early edge in the league’s toughest division. 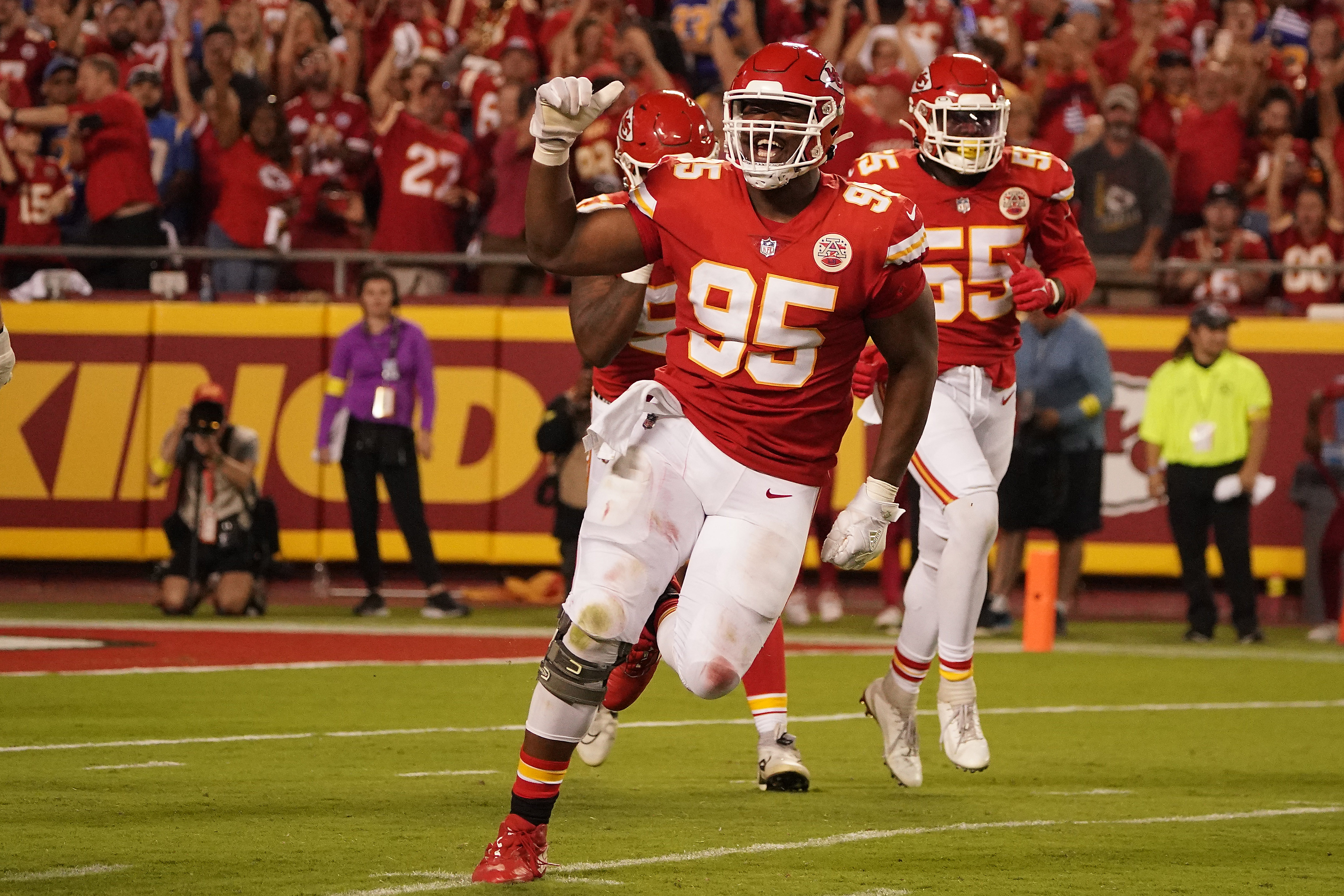 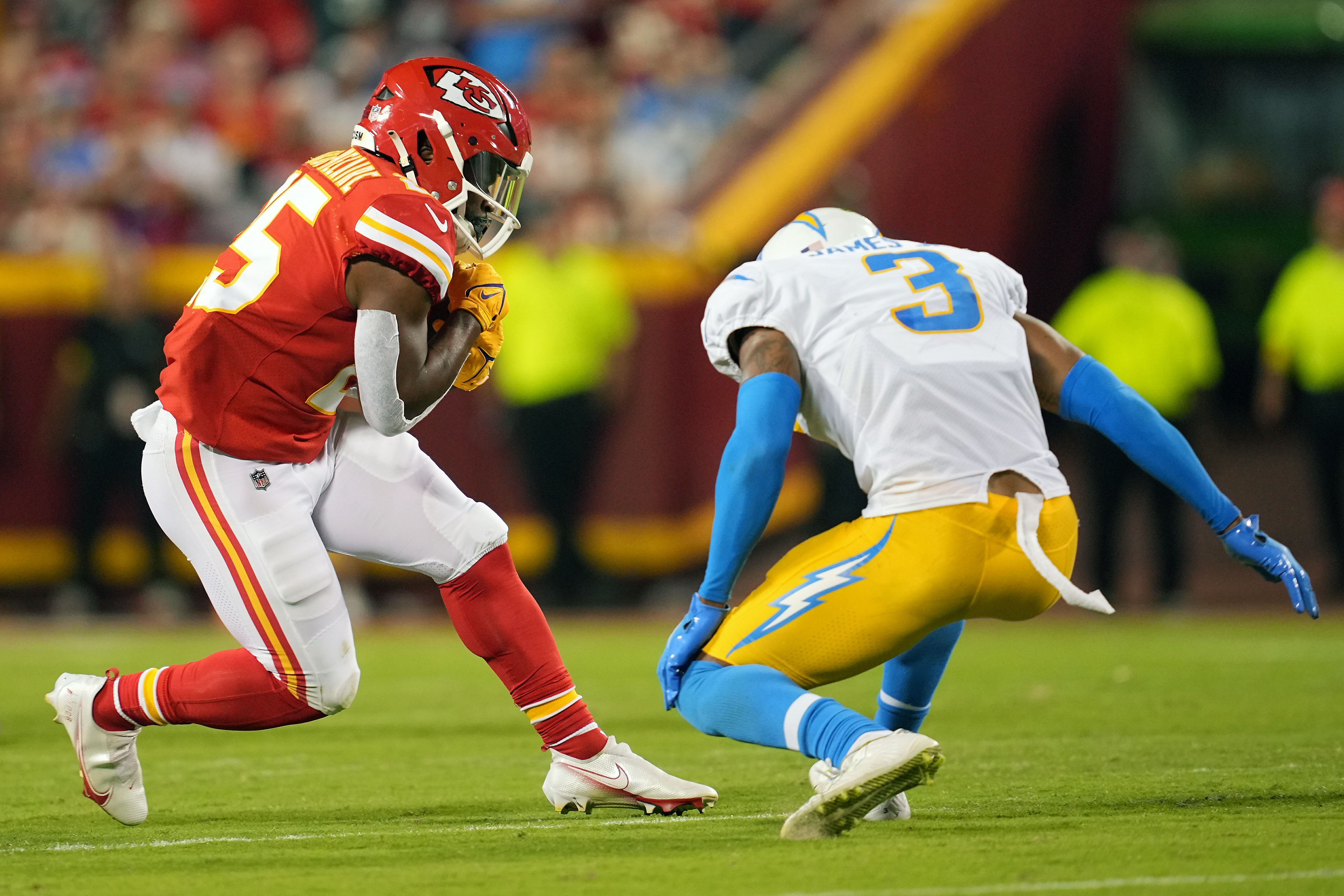 Eight QB hits and six pass breakups against a very good quarterback in Justin Herbert, plus a balanced running attack that saw Clyde Edwards-Helaire gain 9.3 yards per carry on the ground and 11 yards per passing target. Balanced Chiefs is not sexy, but it’s sustainable.

They weren’t as crisp on offense against the Chargers, but they still found a way. The defense made some huge plays in that game to win it.

The offense is great, and the defense is good enough to step up on the nights the offense isn’t playing that way.