Where do Kansas City Chiefs stand ahead of Week 5?

The Kansas City Chiefs got back into the win column against the Tampa Bay Buccaneers on “Sunday Night Football.” They put the disappointing loss to the Indianapolis Colts behind them and looked like a whole new team in Week 4.

As a result, Kansas City is back on the up and up in the power rankings. One outlet even ranked them as the NFL’s No. 1 team this week.

Here is a look at where pundits are ranking the Chiefs and what they’re saying about them with Week 4 in the books:

Maybe a team with two backs (Clyde Edwards-Helaire, Isiah Pacheco) averaging at least 5 yards per carry should run more than 41% of the time? 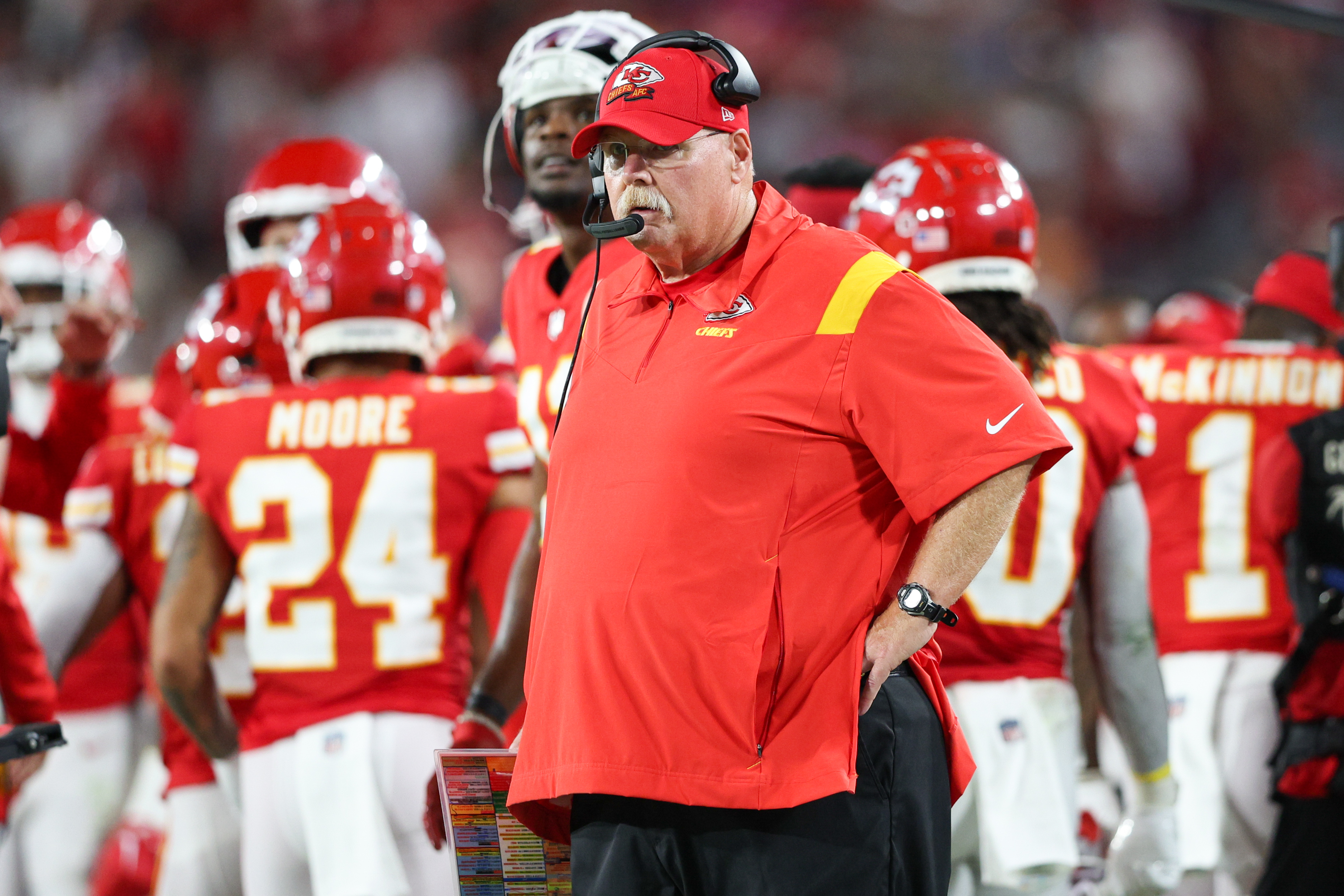 The Chiefs went back to Raymond James Stadium and came away with a win. Although it was a victory over an NFC opponent in the first week of October, it was an emotional boost for Kansas City to exorcise some demons from the past two seasons. It also proved they are still one of the dominant teams in the NFL, despite what happened on the road in Week 3 at the Indianapolis Colts. 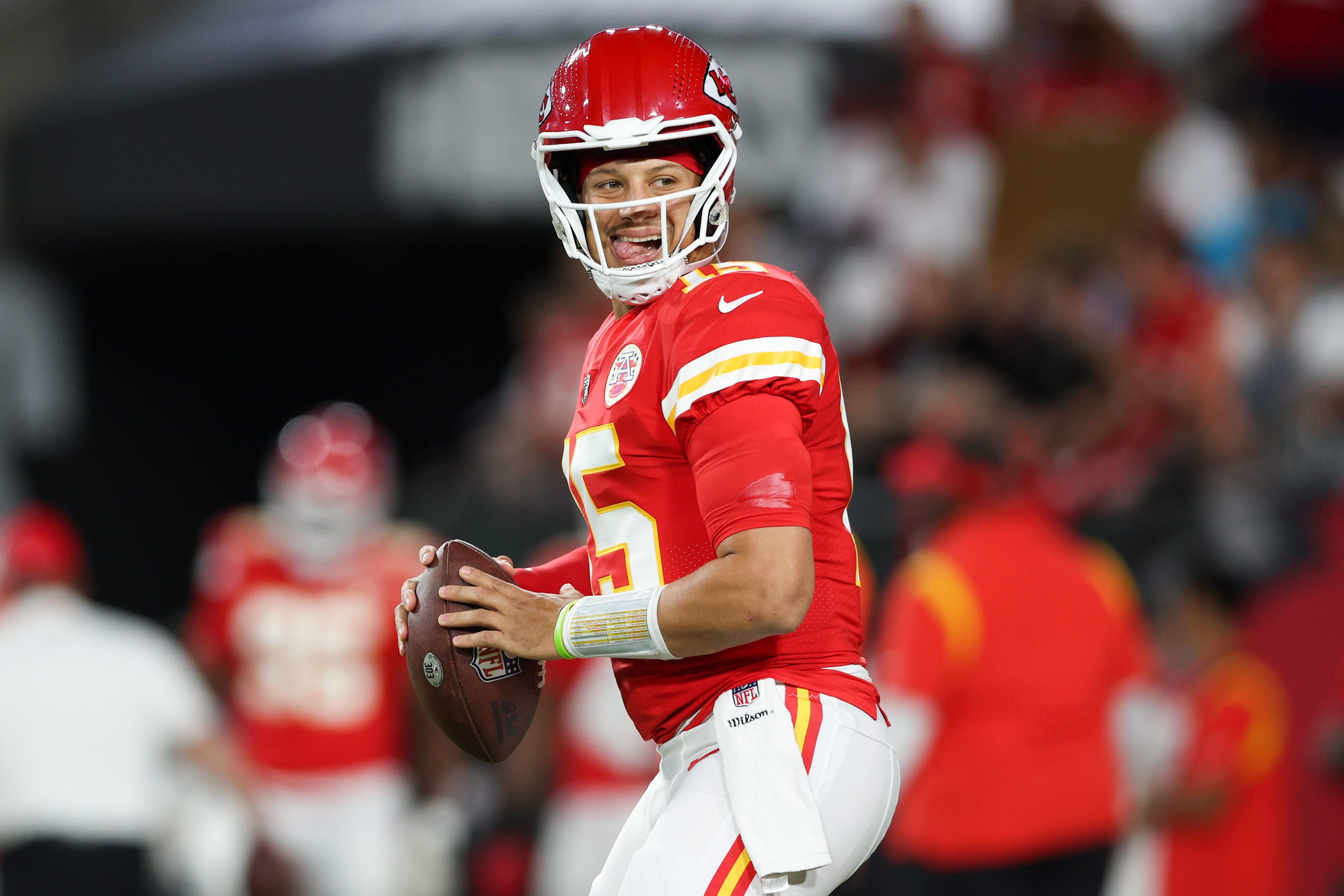 I’m legitimately scared of the versions of Patrick Mahomes and Andy Reid we saw against the Bucs on Sunday Night Football in Week 4. Mahomes took three sacks and threw a fourth-quarter interception, but everything else was just sensational. The offense was truly firing on all cylinders (as it has been all season), and it was hard to even make sense of it all at times against one of the best defenses in the NFL. 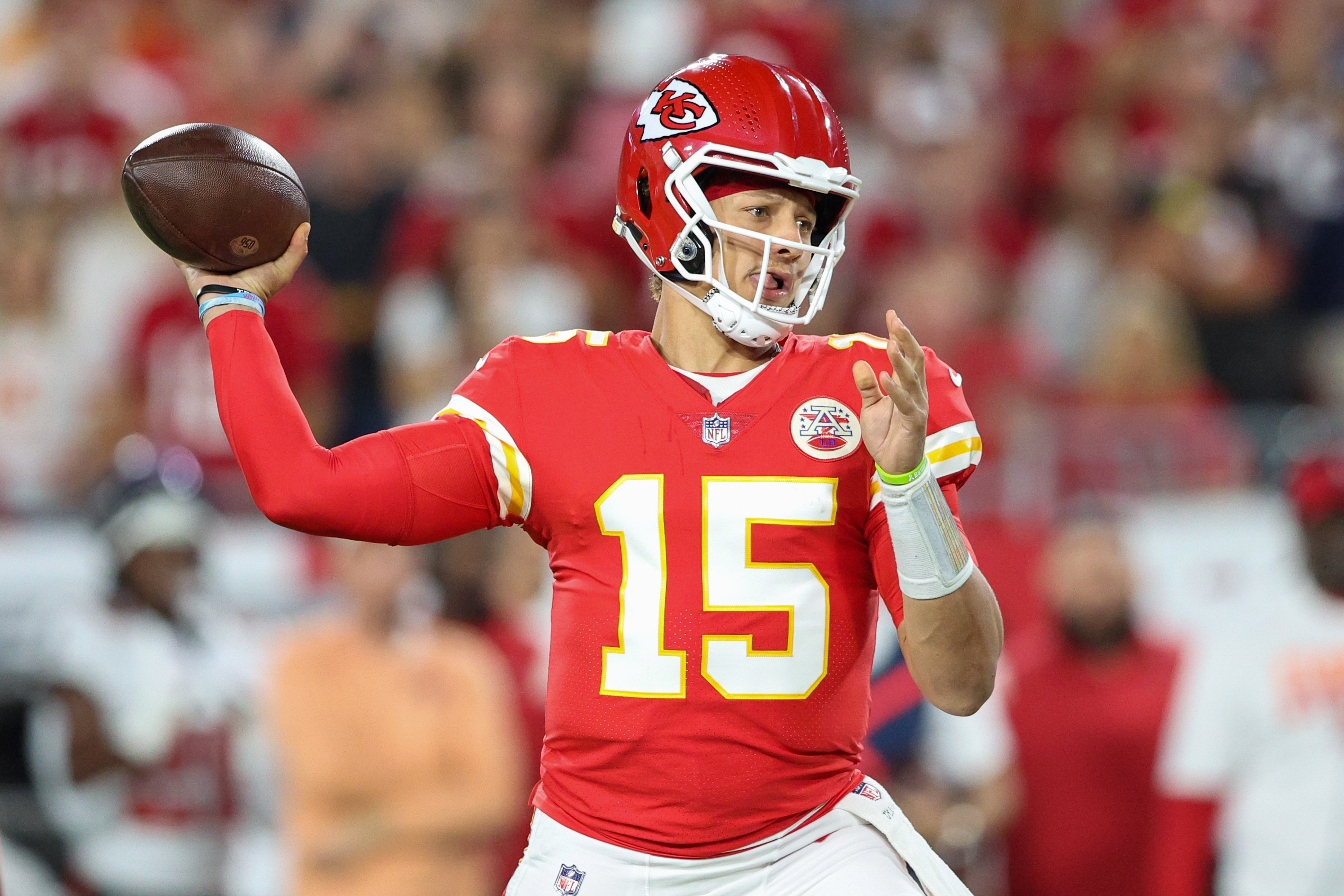 There’s no one in the league who plays like Patrick Mahomes and there’s no calling plays in the red zone like Andy Reid. The Chiefs rank No. 1 in offensive EPA per drive and No. 1 in EPA per dropback, which makes them the envy of the league, especially with one of the best offensive lines in the game. The 41 points they scored Sunday night were the most allowed by a Todd Bowles defense since the 2018 Jets lost to the Packers 44-38. 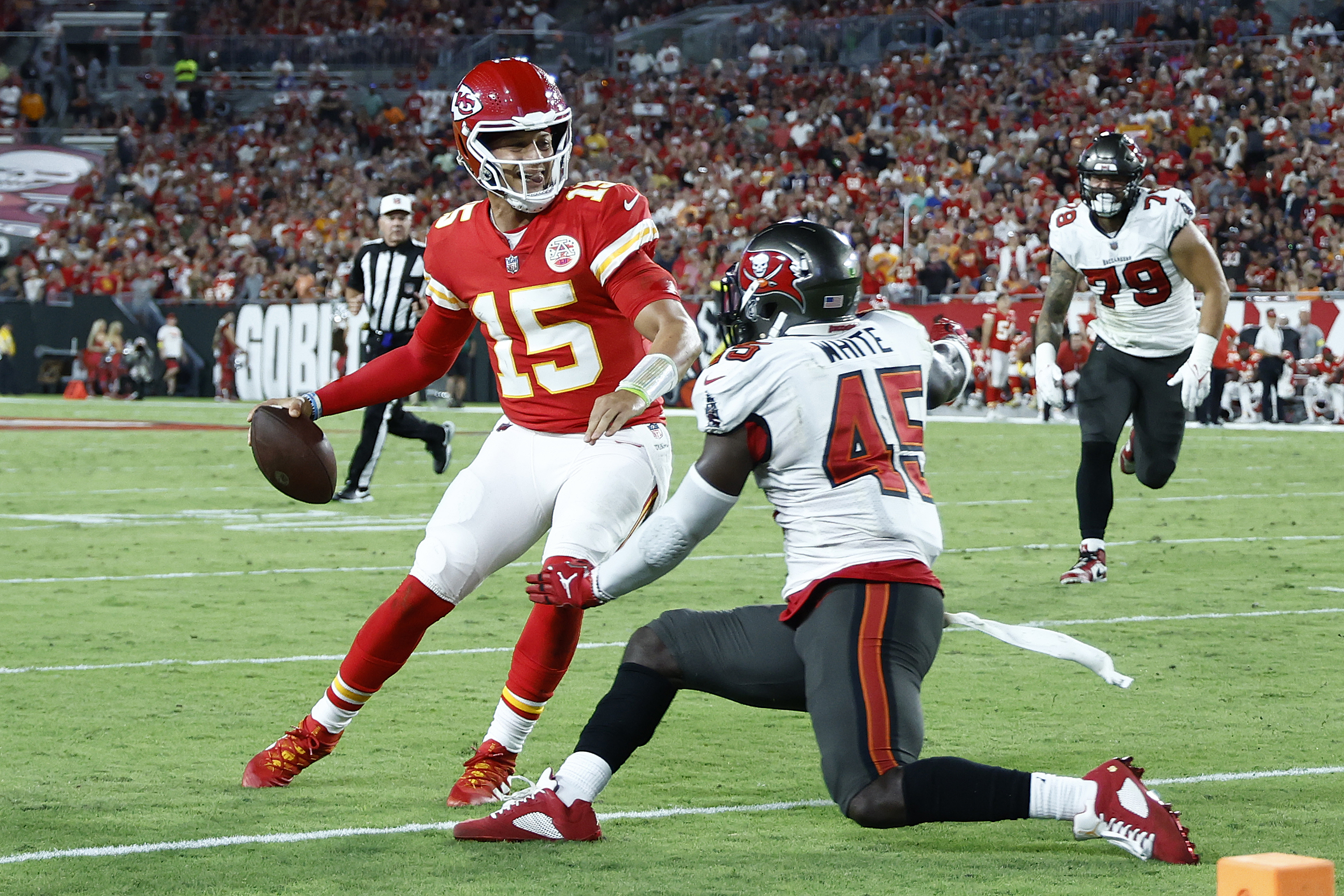 Patrick Mahomes used the prime-time stage of Sunday Night Football to remind the world that he remains — even in a golden age of quarterback play — a one-of-one proposition. The Chiefs superstar was unstoppable in a 41-31 win over the Bucs, gleefully shredding Todd Bowles’ well-regarded defense. The highlight that will play one day during his Canton-induction sizzle reel? The scramble and acrobatic flip to Clyde Edwards-Helaire for an absurd touchdown in the second quarter. “The NFL hasn’t seen anything like Mahomes — I promise you that,” Travis Kelce said after the victory. “You saw it today — he’s the Houdini of our era.” 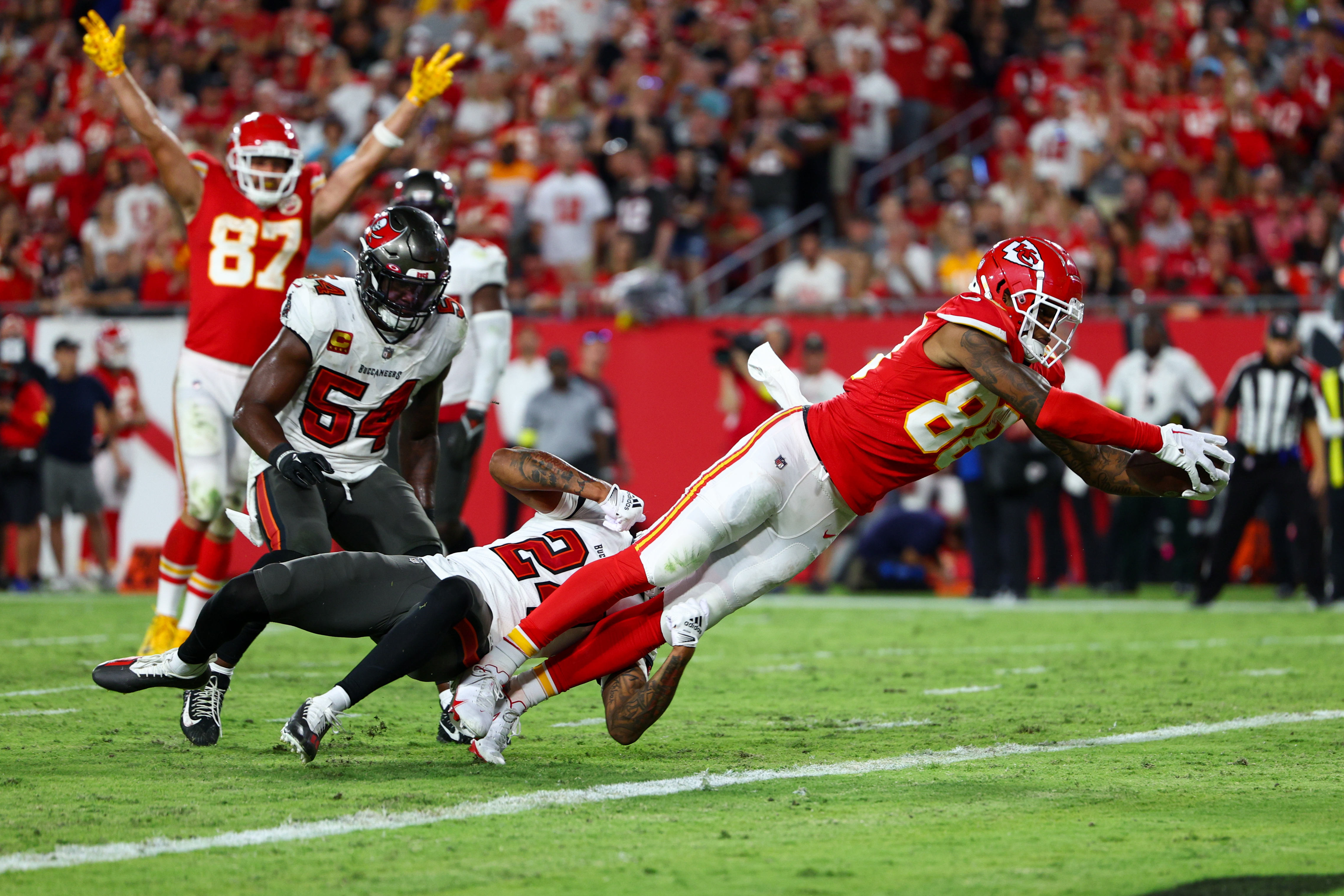 One week after looking listless in a loss to the Indianapolis Colts, Mahomes and the Chiefs offense faced a daunting task Sunday night against a Tampa Bay Buccaneers defense that allowed just 27 points over the first three games of the season.

Not only did the Chiefs win the game, but Mahomes made carving the Buccaneers defense look easy, throwing for 249 yards and three touchdowns in a game that was essentially over at halftime. Mahomes told USA Today Sports after the dissection that if felt good to get some payback for Kansas City’s lopsided loss at Raymond James Stadium in Super Bowl LV. 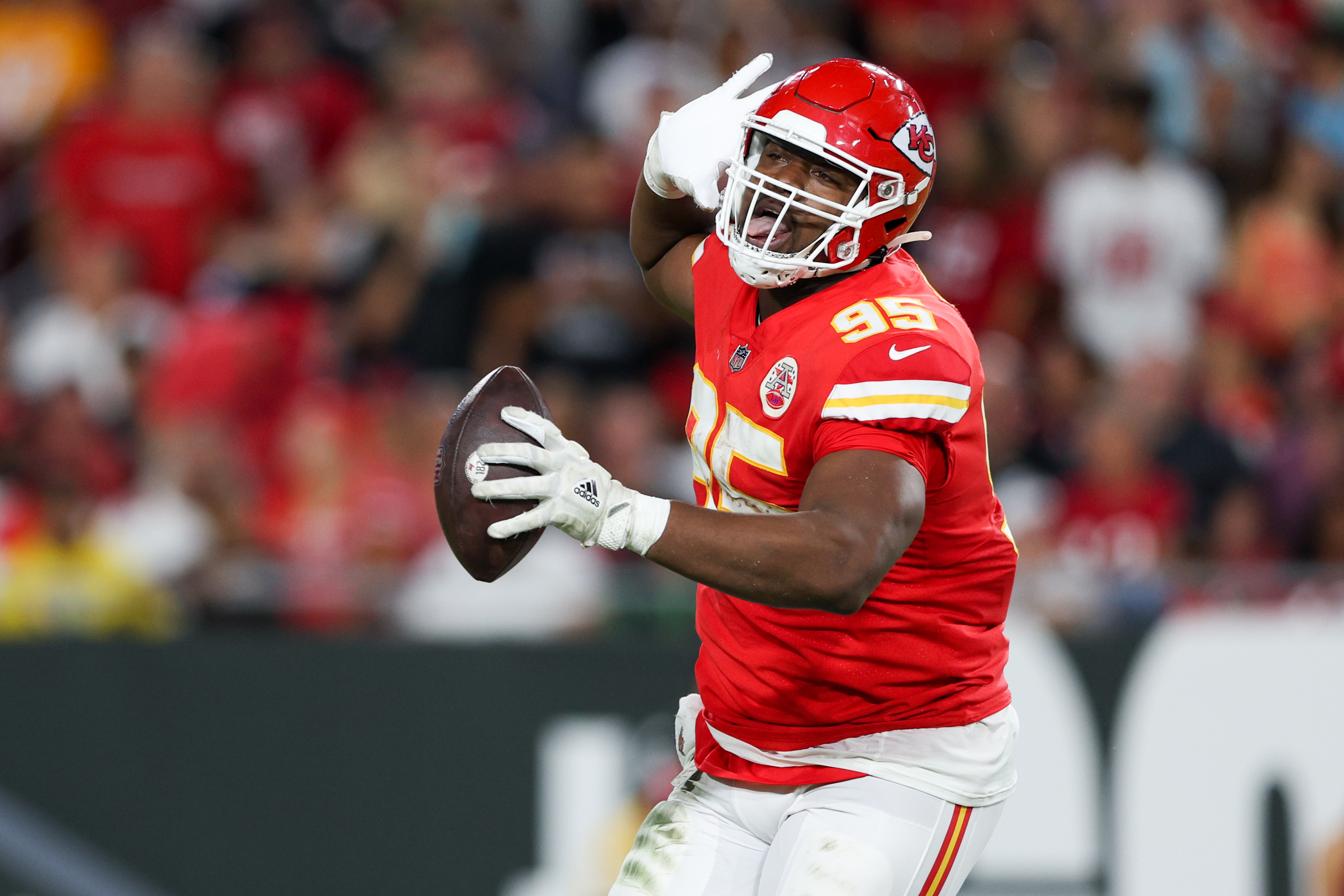 The Chiefs have taken the ball from their opponent just four times. Only four teams have forced fewer turnovers, and all of them have losing records. The Chiefs are doing a nice job of pressuring the quarterback, so it figures the turnovers will come. In the meantime, the Chiefs have made the most of their four turnovers. They converted each into a touchdown. 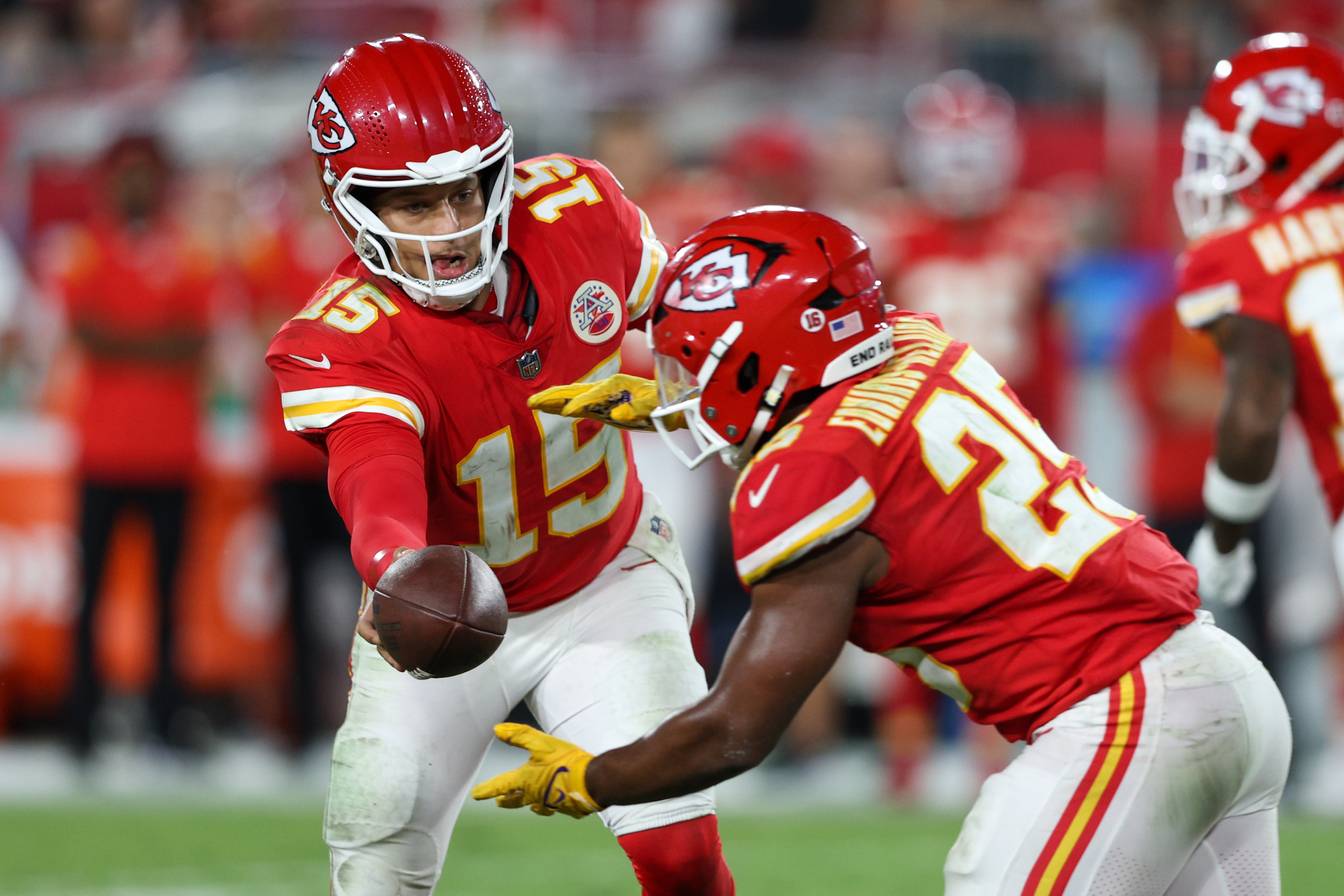 Don’t look now, but Clyde Edwards-Helaire has either eclipsed or come close to 100 total yards in two of the Chiefs’ last three games. Oh, and, right, Patrick Mahomes remains a football magician from another realm. How cool are the little wrinkles in this offense from Eric Bienemy? Some speed option, some wildcat, a ton of misdirection…why can’t everyone at least try to look like the Chiefs? 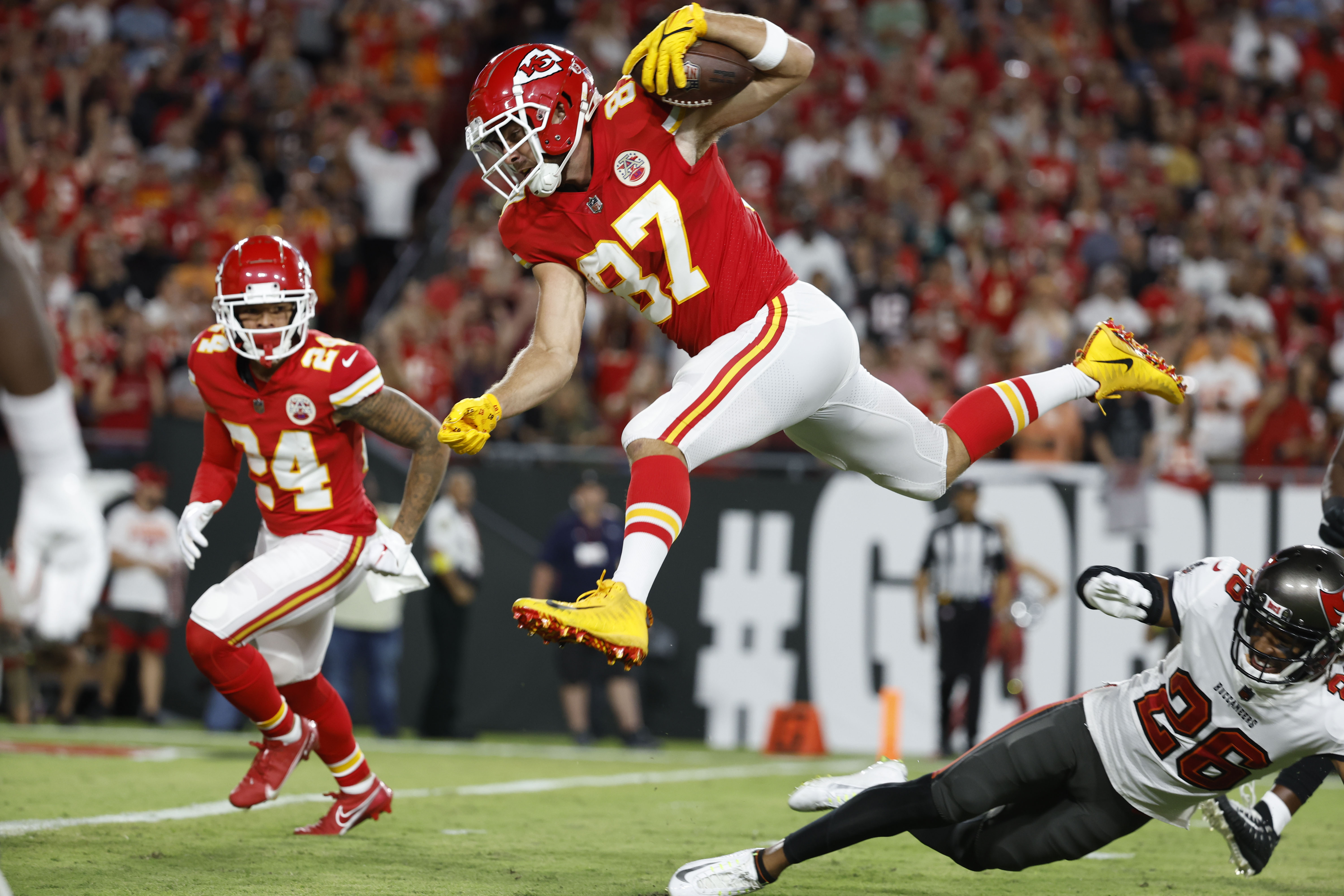 Going to Tampa Bay and beating up on the Bucs gets them back on track after that loss to the Colts. They looked like the Chiefs offense of old in that game. 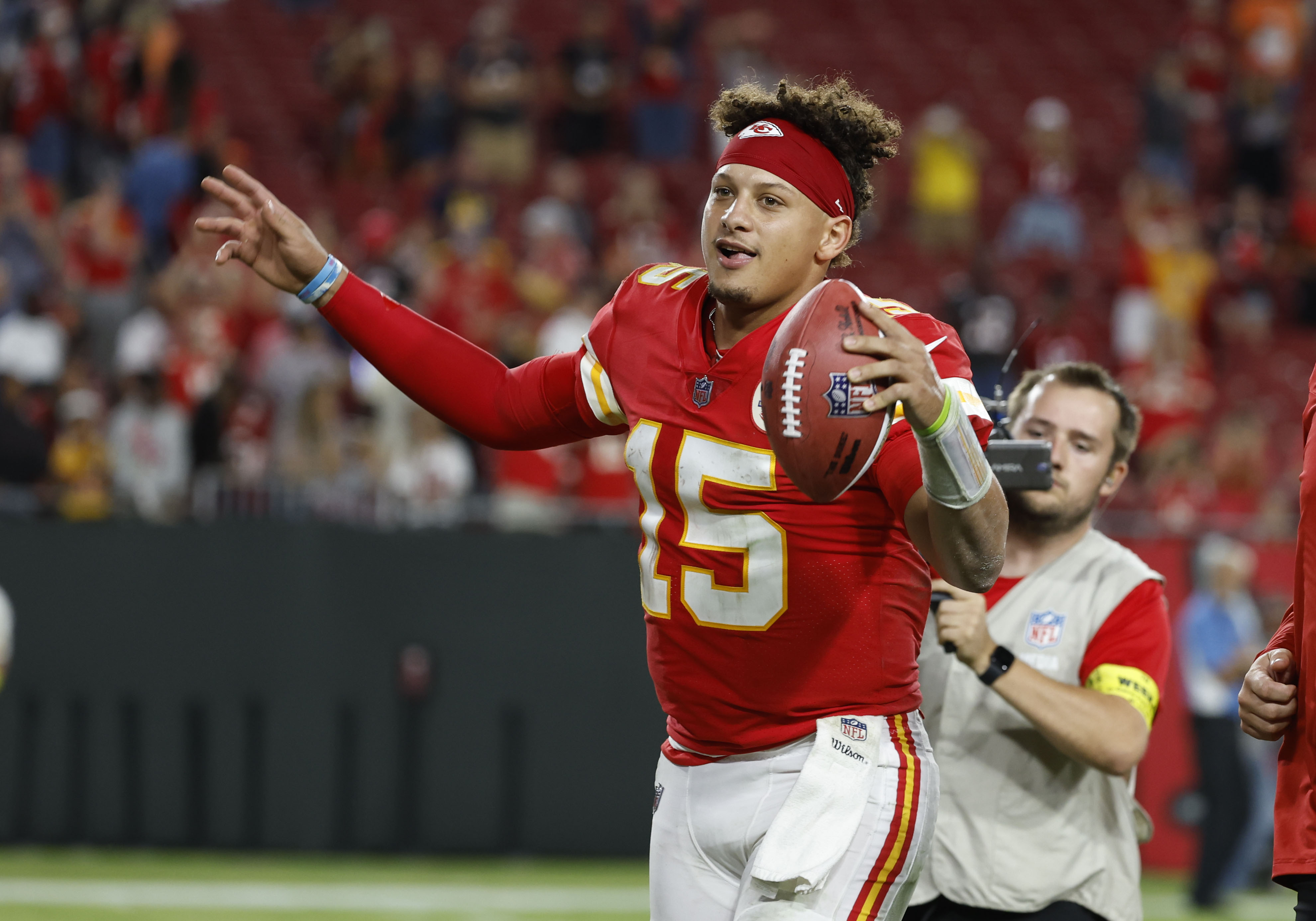 Patrick Mahomes is the Harlem Globetrotters, and every defender he faces is the Washington Generals.

19 days till the Arizona Cardinals’ 2022 season opener vs. Chiefs

How to live stream: the ultimate guide