The Arizona Cardinals and San Francisco 49ers will both travel to Mexico City in what is a pivotal matchup for the NFC West.

If the Cardinals can win, they’ll be a game back from .500 and have a much more realistic shot of making the postseason as a wild card team. If the 49ers win, they’ll tie the Seahawks in wins and get closer to first place.

The 49ers lead the all-time series 32-29, so the Cardinals will not be able to take the lead in this season even if they pull off another sweep.

Last season, the Cardinals swept the 49ers, a rival they’ve had a great deal of success against. The team is 12-4 in their last 16 games played, so the recent matchups have very much gone in favor of the Cardinals.

With that in mind, how have the Cardinals done against the 49ers in recent memory? Analyzing trends is always key when looking at an upcoming matchup.

This was an incredible game by the Cardinals. The 49ers, who went on to the NFC Championship, were at home and playing at almost full strength. The Cardinals were most certainly not.

Kyler Murray missed this game with a hamstring injury. The team also did not have DeAndre Hopkins or A.J. Green, so the expectation was the passing attack would be incredibly limited.

The score does not do the team justice, as some late scoring by the 49ers made this one look a lot better on the box score. The Cardinals came in severely undermanned and blew the 9ers out.

The team may need more of that magic if Colt McCoy is set to play again. 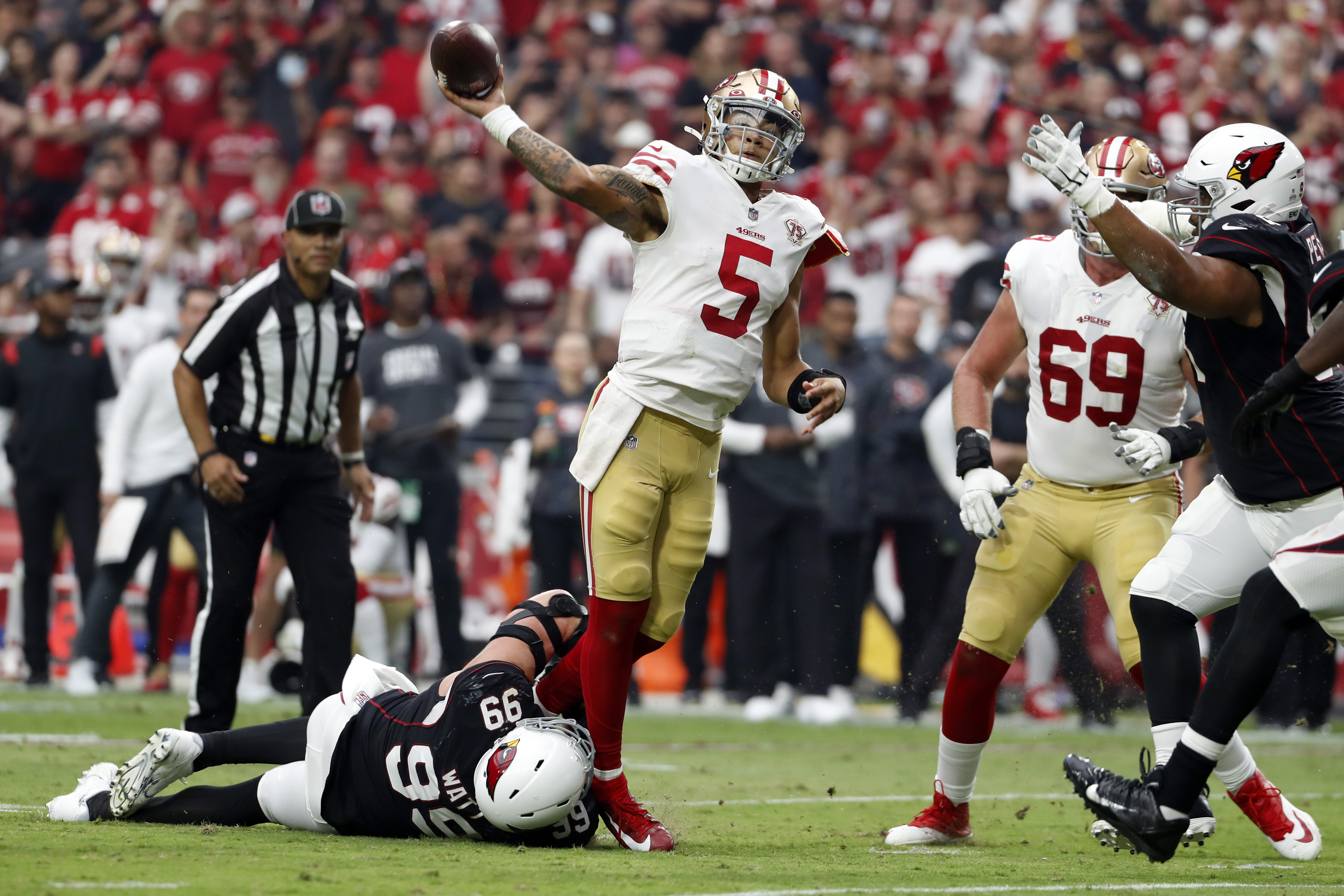 While this game certainly didn’t have the offensive fireworks of their last game, it was a physical NFC West defensive battle.

This game was the first NFL start for rookie quarterback Trey Lance, the No. 3 pick in the draft that year, and he looked very much like a rookie in this one. The Cardinals defense stopped the 49ers four times on fourth down, with many of those play calls being quarterback runs.

For an offense that had been explosive all season, the 49ers defense did a phenomenal job holding up their end of the bargain against the Cardinals. 17 points was by far a season low at that point and it took some late magic by DeAndre Hopkins to seal the deal.

Kyler Murray had a solid day with 239 yards passing and one touchdown pass. The leading receiver on the day, of course, was Hopkins with six receptions for 87 yards and the game-winning touchdown.

The Cardinals would advance to 5-0 following this game and were by far and away the best team in the league. 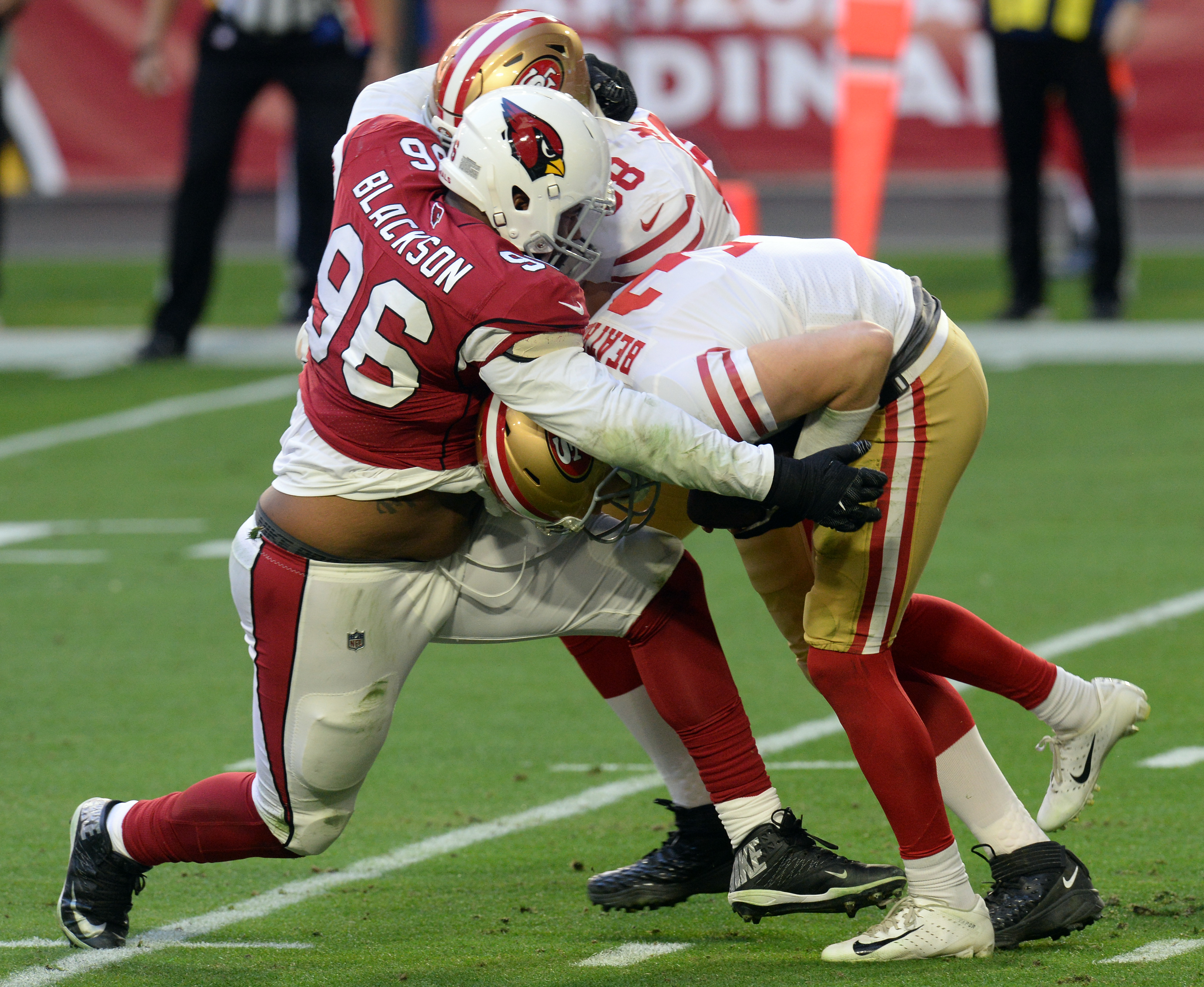 This was a horrific performance by the Cardinals in a game they could have secured a playoff birth with.

The 49ers trotted out C.J. Beathard at quarterback and were completely decimated by injuries on the season. They gashed the Cardinals on the ground to the tune of 22 carries for 183 yards by running back Jeff Wilson.

Beathard only had 187 passing yards, but found the end zone three times through the air. There was zero energy from the Cardinals in what should have been a playoff-clinching performance against a very bad team.

The offense was stale with only 12 points. Kyler Murray had 247 passing yards and an interception with no touchdowns. He did lead the team in rushing with eight attempts and 75 yards.

In the span of the next two weeks, the Cardinals would not make the playoffs thanks to C.J. Beathard and John Wolford.

Iranian man left in legal limbo for years dies at Paris airport, where he lived for almost 2 decades