What are some of the best practices for seamless and efficient remote on-demand production using services such as Zoom and Mediasite? Derrick Freeman, Program Manager and Webcast Producer for the Center for Continuing Medical Education, Ohio State University, talks with Tim Siglin, Founding Executive Director, Help Me Stream Research Foundation and Contributing Editor for Streaming Media, about the specific ways that he works with these services to get the best live remote on-demand production results.

“We were on a panel together here just a few minutes ago,” Siglin says. “You mentioned that for your remote productions you use Zoom, but you don’t just record the primary output of Zoom, you record a couple of different ones.”

Freeman says, “What I do with Zoom is in the recording settings, I will actually use the option where it allows you to co-record separate videos for the gallery view, the speaker view, and the presenter view, or the shared screen. And what I do with the shared screen, I use it as a reference point.”

“Exactly,” Freeman says. “Because I need to sync all the presentation slides to that presenter’s presentation. And that allows me to know that they’re in the right place. If we’re in the studio, normally they’re doing the clicking and so I don’t have to sync those, so that’s how we’ll actually do those videos. And then for the production side of it, I get three videos…or mainly two that I use: the gallery view and the speaker view. And I produce a script and I go in between those. So when I need a cover shot…I go to the gallery view.”

“The gallery is your cutaway,” Siglin says. “And then obviously the presenter is your main on that.”

“And then you decide at certain points, and if I remember correctly, you’re using the Mediasite system, so you’ve got that ability for a multi-pane window, where you could show video and the still images or JPEGs of the slides,” Siglin says.

“Yes,” Freeman says. “When I’m doing the script for production, I’m sending that to an editor. They edit the video all together, so they give me the video piece. Usually, if I’m doing remote recordings, I’m getting it by Monday. And so I have that week until Friday to finish it up and get it ready. So I take that video, upload it to the Mediasite video platform, and I will usually manually sync all those slides together. In the past, I’ve also recaptured it into Mediasite, and kind of like look to live, where I’m just doing the actual capturing the slides in as we’re playing back the video. But here lately…because of time, it just gets it done a little bit better. I can actually go in and just sync those slides together.”

“That makes sense,” Siglin says. “And you mentioned it’s medical education. Most of our audience, probably won’t know that doctors need to do continuing education. So what kinds of topics do you all put out?”

Freeman explains the topics and the overall coverage process. “So usually we’ll have at least five or six cancer topics per season,” he says. “We have 40 webcasts per season. The season goes from September through usually the first week of July. Then we use the summertime to do pre-production and get things together. But we’ll do a weekly prep webcast. So we’re just doing one a week. We’re usually in the studio on Friday, sometimes Thursdays. We’ll do that production there and everything usually goes really great. And now, what I’m really excited about is we’re no longer in the remote world. Periodically we still do it, but we’re in the studio, so that makes it much nicer. So usually when those programs are done, it’s only an hour or so to get the program edited and finished and on air. In the remote workflow, it’s basically two more days, because I have to hand it off to the editor.”

Siglin asks about the typical length of the session shows. “Because of Continuing Medical Education (CME) [requirements], it has to be at least 52 minutes,” Freeman explains. “But it can’t be over 60 minutes, because the audience will get up and walk away and leave because doctors only have so much time.”

“You also mentioned that WOSU, which is the TV station on Ohio State’s campus, does hybrid events,” Siglin says. “Let’s just talk about those quickly. So what would a hybrid event be considered?”

“It’s basically going to be an in-person event where in the meeting room they have AV that’s happening and they’re actually recording it to tape in that meeting room,” Freeman says. “But then they’re also allowing people to watch via Zoom, so they’re basically taking the output of one of the switches that they use, and they’re bringing it into Zoom to record those events. So there are usually at least two of those items that they’re using with the hybrid. The third element that they’re doing is…streaming as well…I believe it might be Livestream that they may be using.”

“And does that hybrid audience that’s remote, do they get fed back into the master switcher to be switched in as part of the audience attending that event?” Siglin asks.

Freeman provides his organization’s board of trustee meetings as an example. “They’re one of the sources that actually go into that Zoom meeting,” he says. “So they’re able to pipe in the audio, and…people can actually ask questions. So they are part of the recording – it’s really a nice production workflow that they have. They’re actually using an ATEM switcher from Blackmagic that really is nice – I have my eyes on it because it seems like it’s pretty cool!” 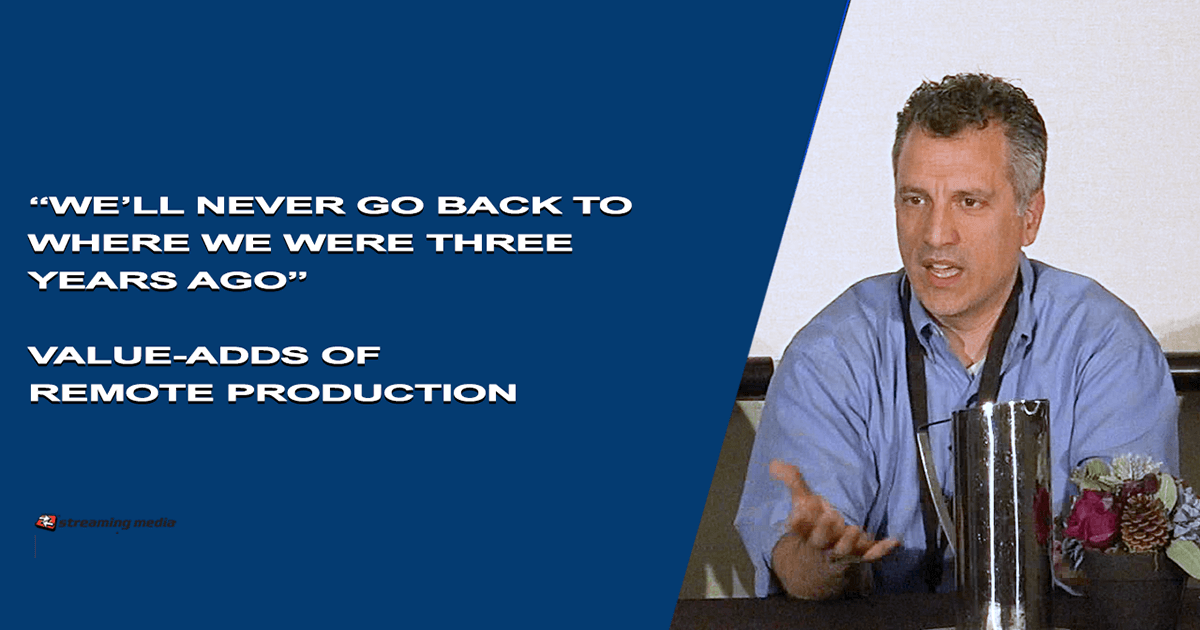 CNN’s Ben Ratner, LiveX’s Corey Behnke, LiveU’s Mike Savello, and Signiant’s John Finegold discuss the benefits of shifting to remote and cloud video workflows from traditional on-prem production, discussing what they did and why it worked in this clip from Streaming Media East 2022. 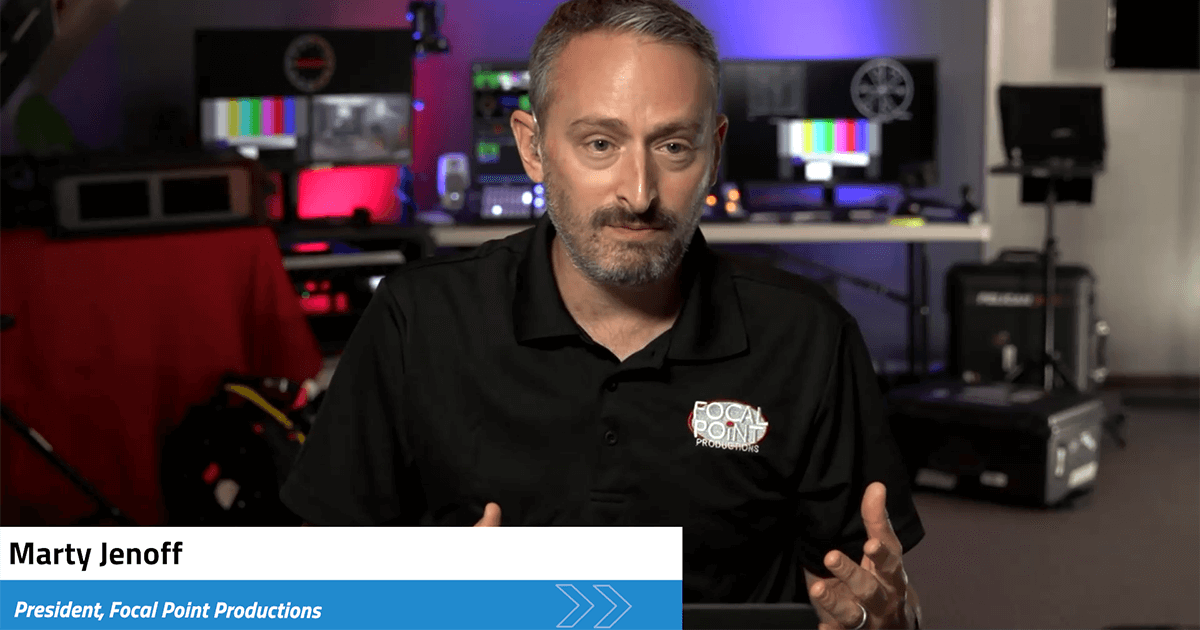 It’s been eighteen months since most streaming pros began pivoting to remote production, and the challenges producers face have evolved along with changes in working conditions, workflows, and client expectations. In this clip from Streaming Media Connect 2021, remote production experts discuss the current state of the art. 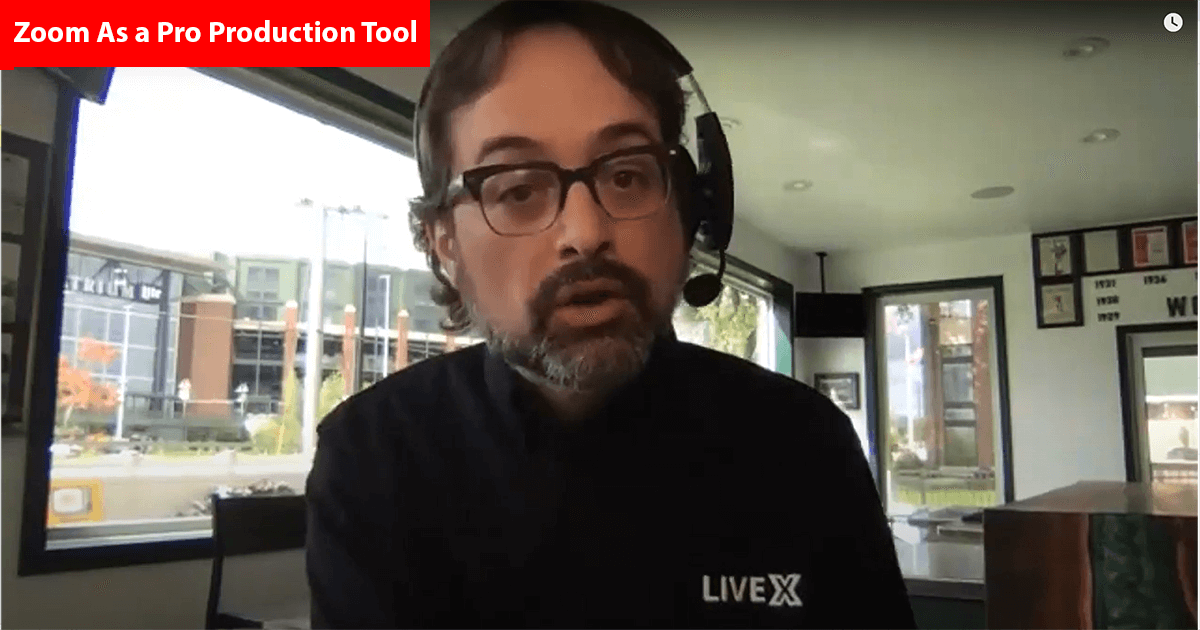 Zoom as a Pro Production Tool

Pandemic-era social distancing and the pivot to remote production have brought Zoom into the mix for many live producers who might have never used it before. Live X’s Corey Behnke, SLV Live’s Shawn Lam, and LiveSports LLC’s Jef Kethley discuss how Zoom has entered their workflows in this clip from Streaming Media West Connect 2020.